Moderation in Temper But Not Principle 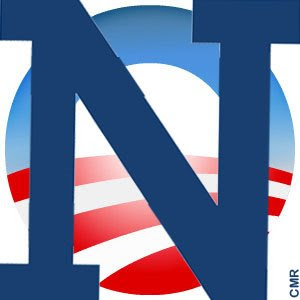 A letter is being circulated among students at Notre Dame considering the school’s invitation to President Obama to be Commencement Speaker. I’m happy that the letter is being signed by many students as it clearly is a protest letter.

But I am concerned that the authors did feel a need to throw in some caveats which I think Catholics should be concerned with, including this sentence:

There has been overreaction on both sides, and it is important to keep the discussion civil – Uninviting Pres. Obama would be a disrespectful move…

Firstly, who has “overreacted” on the pro-life side? Has there been instances of civil disobedience? Sit ins? Violence? Graffiti? Snowball throwing, even?

None that I’ve heard of.

As far as I can see Catholics have shown great moderation for many years in their protestations of abortion. But there’s a difference between moderation in temper and moderation in principle. To me, if you’re going to defend something. Defend it with all your heart. Ceding ground like that simply makes the rest of the letter your terms of surrender. And please don’t show how “moderate” you are by exclaiming that both sides have gotten carried away and that now…thank God you’re here…can now march in under the banner of truth and moderation.

John McCain tried that. Oh excuse me, Senator McCain tried that. He’s still a Senator. He lost. Obama won – which is what got us into this mess in the first place. You know, the President who just declared it open season on embryos and is now being given an honorary degree by a Catholic University. Yeah, that one.

Now as far as uninviting Pres. Obama being a disrespectful move. Disrespectful? How about it would be disrespectful to the millions of unborn who’ve been killed to allow Obama to speak at Notre Dame?

Disrespectful would be giving DVD’s to a world leader that don’t even work in his home country. That’s disrespectful.

Allowing Obama to speak at a school named after Mary, the Mother of God, would be something else. And disrespectful doesn’t begin to describe what that is.

Here’s a link to the letter and the text below:

As students of Our Lady’s University, we are proud and honored to take part in the tradition and heritage that is so unique to our school. Notre Dame is a place for intellectual inquiry, open discussion, personal enlightenment, and the pursuit of truth. Its Catholic identity, grounded in 2,000 years of the Church’s moral, social, and theological teaching and guidance, provides both a foundation and guidance for our pursuit of a deeper understanding of faith and reason.

The University’s status and reputation make it a powerful national platform, and its place as a leading Catholic university engenders a responsibility to be a loud voice for the disadvantaged, the poor, and the marginalized. Programs such as the Center for Social Concerns, the Alliance for Catholic Education, and the Kroc Institute for International Peace Studies all bear witness to the school’s commitment to proclaim the truths of the Church in public life.

It is in this spirit that we take issue with the University’s decision to invite President Barack Obama to deliver this year’s Commencement address. By now, extremists on both sides have made their views known, and quite passionately. Let us be clear – This is not a letter based on political beliefs, and we have a tremendous amount of respect for the office of the President, as well as for Pres. Obama’s call to find a common ground on issues that have torn our nation apart for decades. It also speaks highly of Notre Dame’s reputation and national stature that the leader of the free world has agreed to come and speak to our graduates.

This stature, however, should not be used to give the impression that the University, its students, or the Church approves of Pres. Obama’s stances on the unborn and other issues on which the Catholic Church has taken a strong stance. His decision to undo the “Mexico City” provisions re-opened the door to U.S. taxpayer dollars funding abortions overseas. His executive order expanding federal embryonic stem cell research went in the face of the teaching of the Church and ignored the advances that researchers, including some from our own university, have made in developing stem cell treatments that aren’t based in embryo-destructive work.

There has been overreaction on both sides, and it is important to keep the discussion civil – Uninviting Pres. Obama would be a disrespectful move, and having students turn their back on his speech, as some have called for, would be an immature gesture. As the preeminent Catholic university in America, we have an obligation to respect the office of the President of the United States, and his visit to our beloved campus can serve as the impetus for increased discussion about the role of Catholicism in the public square.

But the University should also use Pres. Obama’s visit as an opportunity to reiterate its commitment to the teachings of the Church and the sanctity of life. We ask that you consider making a public statement, if not at the Commencement exercises themselves then in a highly visible public forum, distancing yourself and the University from his views, making it clear that the University disagrees in no uncertain terms with his views on the unborn, which stand in contrast to that of the Church’s stance of protecting the most defenseless and voiceless among us. Awarding him an honorary degree without making clear that the University disapproves of his stance on issues regarding the sanctity of human life would be a disrespect to those students who, like ourselves, chose to attend this University based not only on its status as one of the country’s premier institutions of higher learning, but a school that takes pride in its Catholic foundation and identity.