Disabled Are Not ‘Persons’? 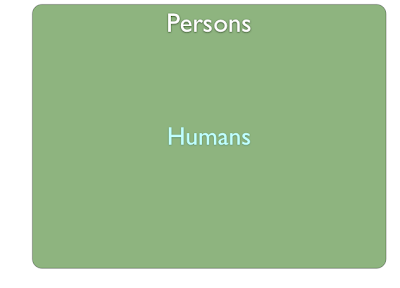 The smarty pants people are at it again. Maybe they were never not at it but they seem a little more brazen recently. I thought maybe they would’ve learned some lessons from that nasty little affair we call the Holocaust but showing that it’ll take a higher body count than a few hundred million in a century, the progressive ethicists are cuing up the band for a big fat “ONE MORE TIME.”

Here’s the upshot: The disabled should not be considered people but some apes should.

In a piece scarily called “The Difficult Questions of ‘Personhood’” Mike Treder of the ironically namedInstitute for Ethics and Emerging Technologies writes a piece that should scare anybody who believes in the sanctity of human life. Forget that. It should scare every person on the planet not named Mike Treder because Mike Treder wants to be able to decide if you’re a person or not and therefore if you have any rights.

Every human is a person, right? And anyone we call a person must be a human, correct?

Well, no, not necessarily.

That seems as if ‘human’ and ‘person’ should be completely overlapping and identical sets, like this:

But many ethicists, particularly progressive bioethicists, say that for both legal and ethical reasons it is advisable that we sharpen our common definitions of ‘person’ and ‘human’ so that they do not entirely overlap. For example, profoundly disabled humans—whether badly brain-damaged or mentally handicapped to a severe degree—might not then be designated as ‘persons’ by this refined definition.

In that case, the sets would not totally cohere and would look like this:

The observant reader may wonder why there is so much extra blue space in the Persons set on the chart above. That’s because I’m going to suggest that several other species beyond Homo sapiens should be considered for inclusion under the definition of ‘persons’.

You ready? He starts off arguing for the inclusion of “Apes” into the definition of personhood. But it’s OK. He’s not saying all apes. The really dumb lazy ones shouldn’t be considered persons. So I guess the ones that co-star in television movies with Tony Danza should be considered persons.

CMR is as of yet usnure where Tony Danza lies on this chart but we’re rooting for him.

And just so you know how far these “progressive ethicists” (we prefer just calling them ‘imbeciles’) go, you’ve got to see the final picture they create.

That’s right. Cetaceans in. Disabled out.

And in the whole article, there was no mention of the unborn. Something tells me they’d be classified somewhere below Tony Danza and the Crustaceans.

You know Mike Treder would be dead set against any pictograph that didn’t include him in the elite. There is nothing progressive about their ethics at all. It’s ugly and its ancient. And it’s here. It’s here because it never left. This country has been practicing eugenics on the poor, minorities, and the disabled for years in the form of abortion. It’s happening every time someone is allowed to decide who is worthy to live and who isn’t. It’s happening every time we allow someone to decide who is a person and who is not. It’s a decision our culture seems easy with making. Until the deciders are not you.