MSM: Palin is Crazy, MJ is a Hero 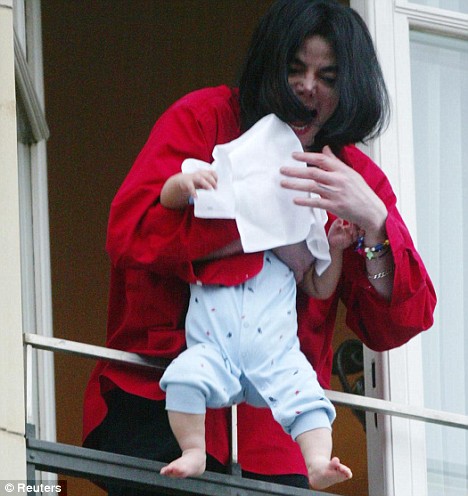 If ever you needed evidence that the media was completely out of touch with America, this week was a perfect example.

Michael Jackson who was likely a pedophile, definitely a recluse, and clearly an unfit parent, is portrayed in the media as a talented hero who suffered at the hands of his fame.

Sarah Palin, on the other hand, who worked her way up from the PTA to being Governor of Alaska and whose appeal is her relatability to regular folks, is portrayed as a crazy lunatic fit only for scorn and punchlines.

It’s been essentially ignored by the media that Jackson likely abused children.

And Palin is reviled because she dared to love what some call an imperfect child. (If you don’t agree with that last statement, just ask yourself how the media would’ve looked on Palin if she’d proudly announced she’d aborted her Down’s Syndrome baby and was pro-choice.)

Michael Jackson paid out millions in hush money to families of children he was “close with” and that hardly merits a mention in the week long lionizing of MJ.

But Sarah Palin is guilty of charges that nobody has even made. ABC’s David Wright implied some nefarious motives behind Palin’s announcement without any evidence, according to Newsbusters:

“It is difficult to ignore the timing of this announcement, late on a Friday afternoon, on a holiday weekend. Many Americans bound to be tuned out. That suggests that the reasons are not good ones.”

And that wasn’t an isolated incident. MSNBC aired a similarly baseless accusation:

There has been speculation that she has some legal issue that is not yet known to the public.

To the media, Jackson’s ability to draw a crowd is a testament to his undeniable talent that excuses his rather obvious and serious character faults.

But Palin’s ability to draw a crowd is seen as an indictment of the “ultra right wing” and is evidence that she’s out of touch with moderates.

The media slavishly reported Al Sharpton’s comments that Michael Jackson was a victim of racism while continuing their own sexist allegations against Sarah Palin like when CNN’s Richard Sanchez posited that Palin might be stepping down because she was pregnant again. (As if being pregnant were a high misdemeanor worthy of removal from office)

Some good news, however. The Los Angeles Times seemed in awe of MJ’s memorial and declared it “somber, evangelical, thunderous and hushed.” This is notable only in the sense that it’s the first time (and probably the last) that the LA Times has used the term “evangelical” in a positive sense.

The same term “evangelical” has been used to paint Palin as a fundamentalist freakshow fringe member of a political party which has been relegated to permanent minority status.

So, in short, in today’s America a hardworking Mom in politics is a joke who is obviously guilty of something while an alleged pedophile is a hero because he could dance. America is entering an interesting time in that mainstream Americans will not continue to allow themselves to go unrepresented by their own elected officials and the media for too much longer. And for the first time I sense people waking up to the disconnect.