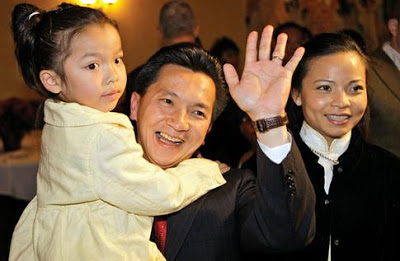 If the mainstream media had any conscience whatsoever it would be applauding the congressman from New Orleans for doing what he believes is right no matter the consequences. But they won’t. So we will.

Rep. Anh “Joseph Cao announced today that he’ll be voting against ObamaCare because…he’d rather save his soul. Yeah, that’s right. A politician interested in saving his soul.

Here’s the key quote and this one will knock your socks off. Cao, according to CNA, said:

“I know that voting against the health care bill will probably be the death of my political career,” Cao said, “but I have to live with myself, and I always reflect on the phrase of the New Testament, ‘How does it profit a man’s life to gain the world but to lose his soul.’”

But be assured that conscience comes at a price. Because of his stance the Democrats are targeting Cao. The Democratic Congressional Campaign Committee announced that Cao will be one of seven Republican members of Congress targeted with radio ads that will play on radio stations with largely African-American audiences, urging him to support Obama’s health reform efforts.

Cao, the only member of the Louisiana House delegation who had not weighed in on where he stands on the health reform bill, told the Times-Picayune on Saturday that he cannot support any bill that permits public money to be spent on abortion.

“At the end of the day if the health care reform bill does not have strong language prohibiting the use of federal funding for abortion, then the bill is really a no-go for me,” said Cao, who spent time in formation to be a Jesuit priest.

“Being a Jesuit, I very much adhere to the notion of social justice,” Cao said. “I do fully understand the need of providing everyone with access to health care, but to me personally, I cannot be privy to a law that will allow the potential of destroying thousands of innocent lives,” he explained to the Louisiana newspaper…

Let’s just compare Cao with Tennessee’s congressman who proved himself the most easily bought and paid for congressman in D.C. when he voted for an amendment to the health care legislation that would essentially prohibit the government from imposing requirements for abortion coverage. Rep. Bart Gordon of Tennessee who is often described as a “conservative Democrat” was the decisive vote for the amendment.

But then a few hours later, committee chairman Henry Waxman pulled a fast one by invoking some odd House rules that allowed him to bring up the amendment for a second vote. And Gordon switched his vote to no, dooming the amendment to the trash heap and allowing abortion to be included in the health care bill.