Babies Will Be the Death of Us All 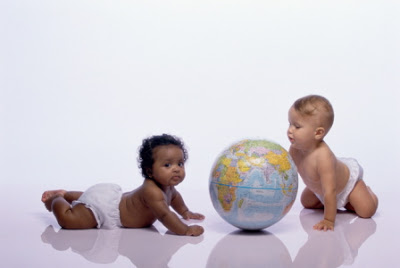 Babies are the problem. And American babies are the worst. As if liberals weren’t doing enough to limit the number of babies, now a new study is saying that babies may just be the death of us all doe to their calamitous environmental impact…and something must be done!!!!!

This kind of talk is more than just the typical environmental scare-mongering of the left. It’s dangerous. Because in the past, liberals had to limit their hatred of babies to convincing women there was no shame in ripping infants apart limb from limb. But now, liberals are no longer willing to leave up the choice to individuals because quite simply too many of them aren’t doing what the liberals want so the environmental impact argument is advanced to take the argument to a whole new level. (Let’s face it, liberals were never all that crazy about individuals anyway. They like talking about “man” as a concept but not actual people.

When so much of government has taken the role of punishing behavior that is seen as harmful to ourselves and others either economically, financially and environmentally. (See smoking, healthcare and discussions over taxing fatty foods) is there any doubt that as environmental alarmism heightens, the government will take it upon itself to punish behavior they deem will hurt the environment under the guise that they’re protecting people.

Look, companies are being punished for having too large a carbon footprint. Logically, why shouldn’t individuals?

So when studies come out saying that babies are bad for the environment but insists it’s not advocating government intervention I just roll my eyes. Just listen to the professed views of some of the leading lights of liberalism. Obama’s Science Czar John Holdren advocated mass sterilization and population controls. And Supreme Court Justice Ruth Bader Ginsburg said she thought Roe v. Wade would allow the government to limit “populations” we don’t want too many of. And some are arguing that she didn’t explicitly say she was for it. But the truth is that she thought Roe guaranteed the right of the government to “limit populations” and she didn’t ever speak out against it.

The new study, according to Live Science says:

For people who are looking for ways to reduce their “carbon footprint,” here’s one radical idea that could have a big long-term impact, some scientists say: Have fewer kids.

A study by statisticians at Oregon State University concluded that in the United States, the carbon legacy and greenhouse gas impact of an extra child is almost 20 times more important than some of the other environment-friendly practices people might employ during their entire lives – things like driving a high mileage car, recycling, or using energy-efficient appliances and light bulbs.

“In discussions about climate change, we tend to focus on the carbon emissions of an individual over his or her lifetime,” said study team member Paul Murtaugh. “Those are important issues and it’s essential that they should be considered. But an added challenge facing us is continuing population growth and increasing global consumption of resources.”

Reproductive choices haven’t gained as much attention in the consideration of human impact to the Earth, Murtaugh said. When an individual produces a child – and that child potentially produces more descendants in the future – the effect on the environment can be many times the impact produced by a person during their lifetime.

Under current conditions in the United States, for instance, each child ultimately adds about 9,441 metric tons of carbon dioxide to the carbon legacy of an average parent – about 5.7 times the lifetime emissions for which, on average, a person is responsible.

The researchers note that they are not advocating government controls or intervention on population issues, but say they simply want to make people aware of the environmental consequences of their reproductive choices.

What is recommended by government today will be required tomorrow. Be assured of that. Be wary of that.