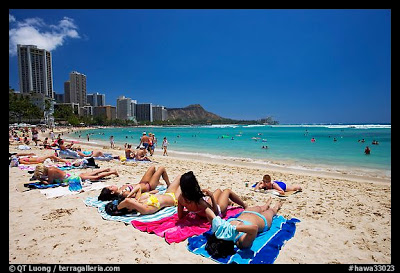 President Obama declared yesterday that Hawaii, our 57th state, is undergoing a “special healthcare emergency” due to a heretofore unknown “earthquake.”

President Obama has asked former Presidents Nixon and Johnson to head fundraising efforts but has received no response yet.

When asked why nobody had heard about this earthquake, the President responded that Americans don’t care about the process of how an earthquake happens. They just need to listen to him on what to do now.

Within moments of the news made by Obama, private individuals such as myself are gathering together and urging our fellow Americans to donate responsibly to survivors of this under reported yet horrific disaster in Hawaii.

“Our thoughts and prayers are with Hawaiian families impacted by the destructive Hawaiian earthquake that nobody even knew about,” said Matt Archbold, President of the Hawaiian Earthquake Relief Fund. “I urge Americans to help the poor people of Hawaii desperately in need our assistance during their darkest hour even though they didn’t even know they’d been suffering.”

The Hawaii Earthquake Recovery Fund was initiated just moments after President Barack Obama notified the world of the terrible earthquake in Hawaii. If we raise enough money, Patrick & I will be flying with our families to assist with disaster relief.

If President Obama is willing to put forth millions of our dollars toward helping Hawaiian survivors then we should at least be willing to put your dollars and our efforts to assist with the unmet and long-term recovery needs of survivors.

Below you can see some of the carnage of the earthquake. Hundreds if not thousands of people just laying on the shores of Hawaii, seemingly unable to move. Many lay there all day. You can help them by giving NOW to the Hawaii Earthquake Relief Fund.

Below is a young Hawaiian who doesn’t look like she’s eaten in weeks. But the brave thing is still keeping a smile on her face probably because she knows that Obama cares.

Please join with President Obama who’s already giving millions of your dollars away and please give more away on your own. Remember, agreeing with Obama, it’s the only way show how much you care.