Caring About Children or Anti-Catholicism? 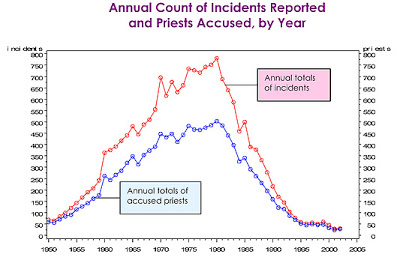 The latest glut of “news” stories by the media hitting the Catholic Church for abusing children has much more to do with anti-Catholicism than actually protecting children.

The media has claimed that it’s reluctantly reporting on the sex abuse crisis but is forced to because of the rampant institutionalized system of covering up sex crimes by adults against minors.

But if that’s the truth, why then has the media not reported on the numerous videos by Live Action’s Lila Rose which has proven time and again that abortion clinics routinely cover up the reporting of the sexual abuse of minors. The abortion clinics, in fact, profit from it.

And it’s all on video. Could you imagine if someone had snuck a video camera into a Cardinal’s office and the cardinal on video covered up the abuse of a minor? I think it’s safe to assume that it would get more airtime than the lunar landing.

But for some reason the institutionalized system of covering up abuse by abortion clinics has been absolutely ignored and even shunned by the media.

The mainstream media doesn’t give a hoot about children. It cares about tearing down the Church and it cares about keeping abortion legal.

And whereas the Church has actually responded to the sexual abuse of a small percentage of priests there is no indication that the abortion industry is changing anything. Yet the attacks continue on the Church by the media which reports decades old abuse claims as new news while completely ignoring actual new videos revealing crimes committed by Big Abortion.