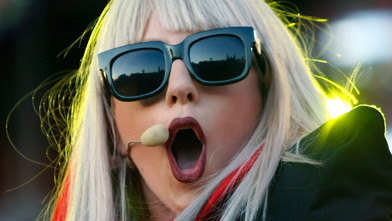 Does it seem like Lady GaGa is managing to pack a whole career of stupid into just a few short years? Madonna must be envious. But even Madonna didn’t do this…

According to reports, Lady Gaga is in the process of becoming ordained as a minister as she wants to be able to perform gay marriage ceremonies for her fans.

Since California’s Proposition 8 legislation was thrown out, Gaga hopes to be ordained in the state in support of the decision to give everyone equal rights.

Heat reports that the Bad Romance singer has taken an online course and is in the process of filling your the paperwork that will see her become a fully qualified minister.

GaGa wants to marry gays. Sorry GaGa, I have a feeling that proposition 8 will ultimately survive. But if it doesn’t, Lady GaGa performing the gay marriage ceremony is perfect. One joke deserves another.