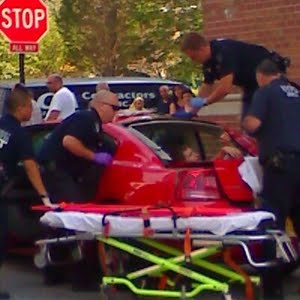 Hey, it worked for abortion so now I guess pro-euthanasia folks are going to try the same gambit. Arguing for euthanasia, one doctor in Scotland argued that euthanasia must be legalized so as to prevent “Back Street” alternatives. Ha!

Here’s the quote in case you don’t believe me:

One GP, who has helped his patients to die, described the moral challenges of carrying out the procedure, claiming it helped safeguard against sharp rises in requests.

Another likened the process to abortion, saying the “back-street” alternatives were worse for patients.

I mean what’s the downside of botched “back street” euthanasia? They live?

I love the newly coined terminology though of “back street” euthanasia. One must assume, I guess, that all this euthanasia is being performed in the “back street” because the “back alley” was too crowded with abortions.

Look, when it comes to abortion one could argue that while killing the baby is fine in their eyes, legalizing it at least helps to prevent harm coming to the mother. It doesn’t but I’ve heard the argument. But what’s the similar argument behind “back street” euthanasia?

Is there really a problem of great numbers of “back street” euthanization? Is there a problem that people are jumping off buildings like stage jumpers at a Billy Ray Cyrus concert (oddly enough with similar intentions)?

But since we’re talking about people killing themselves and the only downside being that they might live is this a huge problem? Or is it that they might jump out of a building and land on someone or land on someone’s car? In fact, that reminds me that last week a young man named Tom Magill jumped out of a New York City building but his fall was broken by a car. He lived. But the owner of the car, who may have instantly become an opponent of back street euthanization, said of her car: “I miss it. It’s my baby…I want to meet [Tom Magill] and say, ‘Why? Why my car out of all the cars in the city?’”

Sweet girl, huh? Note to the car owner: I don’t think he was aiming for it. It kinda’ came up on him all of a sudden like.

But presumably, we must all work together as a society to ensure that people who want to kill themselves don’t land on cars that people have paid a lot of money for? Is that really enough of a reason to legalize euthanasia? I guess there’s nothing dignified about landing in the back seat of a Dodge with your fibia turned to instant Jell-o. But I don’t see much dignity in guys with medical degrees dripping poison into my veins for thousands of dollars in medical bills.

And that is the real issue here. When someone paints the walls with their medulla oblongata or fails to leap tall buildings in a single bound, nobody profits. That’s what has really ticked some off. Nobody’s making money off of it. If euthanasia becomes legal, then there are profits to be made.

Look, if you’re pro-euthanasia just say you don’t particularly care for humanity that much. OK? Don’t try to make it a safety issue. It’s kind of laughable.