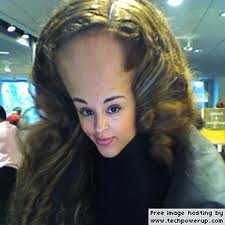 Having babies makes mothers brains grow, according to a new study. That must be why those Catholic women with all those kids seem so smart, huh?

I don’t think this has worked on my wife but hey, it’s science. (I can say these kinds of things because my wife hardly ever reads the blog.)

This is pretty fascinating stuff in LiveScience:

Although the stress of motherhood may make them feel insane at times, new moms aren’t losing their minds. In fact, it’s just the opposite: Their brains grow larger in certain regions within months of delivering the newborn, a new study suggests.

And those moms who are particularly awestruck and gushy over their babies show more growth in the brain areas associated with motivation, reward and the regulation of emotion, the researchers said.

The team, led by Pilyoung Kim, a developmental psychologist who is now with the National Institute of Mental Health, used magnetic resonance imaging (MRI) to scan the brains of 19 moms two to four weeks after the birth of a child, then again up to four months afterward. Images showed small but significant increases in the gray matter in certain parts of the brain, including those responsible for sensory perception, reasoning and judgment.

A change in gray matter over such a short period is unusual among adults, according to the researchers.

That’s pretty darn cool, isn’t it? But this is mainly awesome because this gives mothers the perfect opportunity to snark it up.

You know how mothers with lots of kids are constantly asked questions about why they have so many kids in that slightly derogatory raised eyebrow way. Well now, the mother surrounded by five, six, seven or eight kids or more can just say, “Oh you don’t have as many kids as me so you wouldn’t understand because your brain is soooooo puny. Sorry.”

Note: While giving you a good triumphantly warm feeling for a brief time, acting in such a snarky way as CMR recommends could put your soul in danger. It’s up to you. Just sayin.’