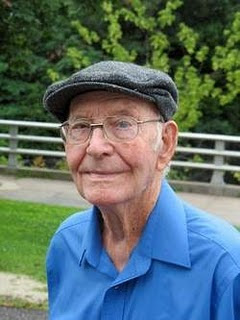 A 92 year old Republican state legislator resigned after advocating shipping all “defective people” off to Siberia to die. Oh yeah, and he probably told you to get off his lawn too.

New Hampshire’s Martin Harty, a freshman state legislator who turns 92 this month, has resigned from office after saying he wished “defective people” could be exiled and left to die in Siberia.

Last week, Harty told a constituent running a community mental health program that “the world is too populated” and there “are too many defective people.” Harty, a Republican, then reportedly told the constituent he wished “we had a Siberia so we could ship them all off to freeze to death and die and clean up the population.”

“I mean all the defective people, the drug addicts, mentally ill, the retarded — all of them,” the elderly lawmaker said when asked to specify what kind of people he was talking about.

According to Harty, nature has a way of “getting rid of stupid people” and it’s a shame “we’re saving everyone who gets born.”

Harty announced he was resigning on Monday due to what he called the “slightly unfavorable publicity” generated by his comments.

No word yet on whether the GOP is sending him off to Siberia with all the other stupid people literally or just figuratively.