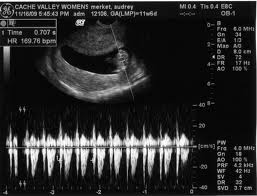 The state Senate in Ohio may soon be ready to vote on what’s being called the “Heartbeat Bill” which outlaws abortion once an unborn child’s heartbeat is detected.

But nothing’s every easy for pro-lifers because the bill is getting some unforeseen enemies – pro-lifers.

Some pro-lifers including Johanna Dasteel, Congressional Liaison for American Life League, among others are opposed to the bill because if the bill became law and was signed by Governor John Kasich, it would inevitably end up at the Supreme Court and I guess they believe the makeup of the court isn’t favorable to it right now. And the fear is that if the Court rules, it won’t take up the same case again and the law will be locked in.

I totally get that but isn’t that strategy a bit paralyzing? Are we really going to wait until a Republican President might win an election and might get an opportunity to appoint a justice to the Supreme Court who might get through the Senate.

I think you do the right thing and keep on doing the right thing no matter what. I’m not questioning the commitment to the pro-life cause of anyone who’s against the Heartbeat bill for timing reasons but I think sitting around and waiting and strategizing and waiting some more for the perfect moment that may or may not ever come isn’t the way to go.

I say vote for the Heartbeat bill. Now. Do the right thing and maybe a miracle will happen. But waiting definitely won’t get anything done.

Below is a news report which lets both sides speak at length.