If Batman Were OWS 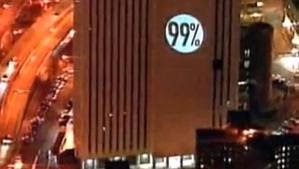 1) Super strong…smell.
2) Understands that with great irresponsibility comes great media power.
3) He wouldn’t have money for batarangs or other hero equipment so he’d hold up signs saying, “Will fight crime for food.”
4) He’d be obsessed with white collar crime and pretty much ignore all other crime. In fact he’d pretty much support all other kinds of crime.
5) He wouldn’t give chase to criminals because he’s been lying around for so long he gets winded pretty quickly.
6) He’d throw things (including feces) but mostly at police.
7) Get arrested. A lot.
8) He wouldn’t really have a catchphrase so much as just bore everyone with a few memorized lines from Marx and hold up signs saying, “Untruth, Injustice, is the Amerikkka way.”
9) He wouldn’t wear a cape or have an outfit. He’d essentially wear all of his clothing at once because he’s kinda’ between addresses right now.
10) His lair would be Zuccotti park. And it wouldn’t really be too secret.