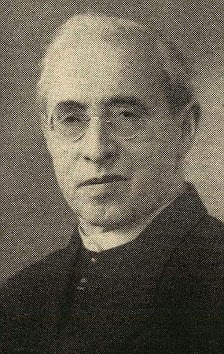 Kuehberger, who jumped into the river to save the boy, grew up to be a priest.

The little boy who was saved was named Adolf Hitler and he grew up to be the Fuhrer.

Yup. The Daily Mail today reports that old newspaper archives have now seemingly confirmed this long rumored incident. They’re calling it “the most devastating act of mercy in history.”

It’s a pretty wild find, I must admit.

The story was never verified by Hitler during his lifetime. But now a small cutting from the Donauzeitung – Danube newspaper – of 1894 has been found in Passau.

It describes how a ‘young fellow’ fell through the thin ice of the river in January of that year.

The report described how a ‘determined comrade’ – the paper at the time was left-wing – went into the freezing water to save the child who would grow into mankind’s biggest monster.

So for anyone who wants to blame the Holocaust on the Catholics, now you can. Hey, they were doing it anyway.