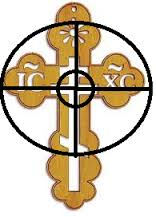 Its’ called the Employment Non-Discrimination Act (ENDA). Sounds kinda’ wonderful, doesn’t it? I mean who likes discrimination, right? But it seems that legislation like this can often do the most damage. Ironically in this case, the non-discrimination act could discriminate against Christians.

The three chairmen of U.S. bishops’ committees expressed their opposition to the proposed Employment Non-Discrimination Act of 2013 (ENDA) in a letter that was sent to the U.S. Senate.

The bishops say that the exemptions for religious organizations are non-existent.

NDA provides no religious liberty protection of any kind for any stakeholder. Thus, for-profit employers, nonprofit employers having no religious affiliation, solely-owned and closely-held businesses, and even some religious employers would be subject to ENDA, even if they have a religious or moral objection to same-sex sexual behavior, or to the provision of fringe benefits to persons based on their having a sexual relationship with their employees outside of a marriage between a man and a woman. In addition, ENDA does not protect the speech or religious convictions of employers and co-workers on matters of sexual ethics and sexual identity.

The bishops also state that ENDA could be used to redefine marriage.

Some courts have already relied on state law prohibiting workplace discrimination on the basis of “sexual orientation” (so called “state-ENDAs”) as part of the basis for creating a state constitutional right to same-sex “marriage.” For example, the highest courts of California, Connecticut, and Iowa, relying in part on the existence of ENDA-like laws in their respective states, have declared that the definition of marriage as the union of one man and one woman is “discriminatory” or lacks any “rational basis.” Indeed, these rulings reflect a legal strategy that “gay rights” advocates have repeatedly and publicly explained in scholarly articles and other media—first, secure the passage of “sexual orientation” antidiscrimination laws, such as ENDA, and then invoke the principle embedded within those laws as a basis for same-sex “marriage.”

Particularly in the wake of the U.S. Supreme Court’s recent decision (United States v. Windsor) which struck down the definition of marriage in the federal Defense of Marriage Act, and which has already triggered numerous additional federal constitutional challenges to the definition of marriage, the virtual certainty that ENDA would be invoked for similar purposes poses an
especially great concern.

The bishops state that ENDA would put the government in charge of who religious schools and institutions could hire and fire.

ENDA would regulate decisions not only over whether to hire or fire, but also over compensation, terms, conditions, and privileges of employment. Therefore, ENDA would likely require an employer to provide health coverage to the employee’s same-sex “spouse,” and other fringe benefits, on the same basis as the employer provides spousal benefits to other legally married employees—even if the employer regarded all or some of these actions as facilitating or cooperating with same-sex sexual relationships contrary to the employer’s religious or moral convictions

This is how it’s done. They pass it and then enforce it. Big time. Make no mistake, ENDA puts Catholicism in the crosshairs.