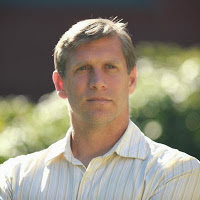 It sounds like something out of a Philip Dick novel but it isn’t. Zoltan Istvan is running for President of the United States, not as a Democrat or
Republican, but as a Transhumanist.  He started the Transhumanist Party
to get radical technology into the political realm. He is charismatic
and articulate. Last year he wrote a piece for The Huffington Post detailing why he is running for office. Here are some highlights:

In addition to upholding American values, prosperity, and security, the three primary goals of my political agenda are as follows:

1) Attempt to do everything possible to make it so this country’s amazing scientists and technologists have resources to overcome human death and aging within 15-20 years–a goal an increasing number of leading scientists think is reachable.

2) Create a cultural mindset in America that embracing and producing radical technology and science is in the best interest of our nation and species.

3) Create national and global safeguards and programs that protect people against abusive technology and other possible planetary perils we might face as we transition into the transhumanist era.

To the undiscerning eye these may seem like reasonable goals, but reading between the lines I find them to be problematic, to say the least.

What happens if we overcome death and aging in the next 20 years, or ever? Will we then have to institute government restrictions on fertility?

What exactly is “radical technology” and how is anything “radical” in the “best interest of our nation?”

And finally just like doping in sports, human enhancements are by nature coercive: radically upgrade your body or get left behind. Participate in destroying your bodily integrity or you cannot participate fully in society. Once we start using technology for enhancing instead of healing, the technology is by nature abusive. The poor who do not have access to “radical technology” get left behind and become second class citizens. How exactly will we protect against “abusive technology” when we already embraced it and it is causing the abuse?

…there is a big difference between those who appreciate science, and those who are willing to use it to fundamentally alter themselves and society in the 21st Century. In the next 25 years, all of us will face a choice about how far we want to take technology and science–all of us will face a Transhumanist Wager. Artificial hearts will become better than the best human hearts. Bionic arms will become superior to human arms. Smart phones will become the size of a fingernail and will likely be implanted into your body. Speaking out loud will disappear as the modern world uses mindreading headsets to communicate, which already exist….

The future is less about social security, climate change, immigrant border traffic, taxes, terrorism, the economy, and the myriad other issues that flash across news headlines every day–and more about how far we are willing to use science and technology to fundamentally alter the human being and experience.

Listen very carefully. Transhumanism is not just pro-science. It intends to radically change humanity into something other than human.

Zoltan is clear that those with faith are a hindrance to the transhumanist utopia:

Enough lawyers and politicians over the years have had their fill. Enough faith-touting Congress members have stifled this country. Enough WASP-supporting men have sat and tried to dictate its terms for too long. Transhumanists must get involved to protect and usher in their futures.

You may think that transhumanists and the Transhumanist Party are just annoying flies buzzing about while you are trying to watch TV. To believe that is a mistake.

“Technology as savior” is a very popular meme among younger voters. Voters who do not understand that it is possible that we will become slaves to the technology we create.

I do not mean slave labor to some artificial intelligence, but I suppose that could happen. What I mean by “slaves” is being stuck radically changing and upgrading our bodies, beholden to the companies that provide our enhancements, just so that we can participate in society. We will become like athletes that are compelled to put their health at risk by doping just to enter the race because everyone else is doing it. Sport has continually banned doping for this reason. Once one is allowed to enhance the pressure is on for everyone else to do the same.

Do I think transhumanists will succeed in their quest to conquer death? No, not really. But I sure am afraid of the abuses that will happen as they try to get there.

I recently gave an interview with a large magazine on transhumanism that has yet to be released. The reporter and I discussed how the old parties of the past are going to become obsolete. In the future, you will either be pegged as pro-radical science or you will be a Luddite. She and I discussed at length how that characterization is very unfair. The Catholic Church is not anti-science. The Church wants us to use technology to better our lives. It just has to be done ethically with the best interest of individuals and all mankind in mind.

That is not the goal of Zoltan or his transhumanist group. Zoltan has penned the Three Laws of Transhumanism: