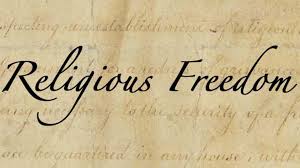 The Supreme Court has ruled that two Catholic schools were within their rights to dismiss two teachers on the basis of classifying them as “ministers” rather than secular professionals.

So, what this all came down to was that the US Supreme Court had already established something called the “ministerial exception” which said that a religious institition can hire and fire for mission. In short, if someone is not living up to their role as minister then they can be fired. So that was established. But the left thought of an end-around. And this case was it. They decided that religious institutions had a ministerial exception but the institutions themselves wouldn’t get to to decide who, in fact, was considered a minister. It’s a rather clever way to hollow out the prior ruling.

“The religious education and formation of students is the very reason for the existence of most private religious schools, and therefore the selection and supervision of the teachers upon whom the schools rely to do this work lie at the core of their mission,” wrote Alito.

“Judicial review of the way in which religious schools discharge those responsibilities would undermine the independence of religious institutions in a way that the First Amendment does not tolerate.”

Justice Sonia Sotomayor authored a dissenting opinion, being joined by Justice Ruth Bader Ginsburg, in which she argued that the decision “strips thousands of schoolteachers of their legal protections.”

So this is good news which proves that Justice Roberts will only abandon us part of the time. Yay for solace.