The Debate Moment that Sent Chills Up My Spine 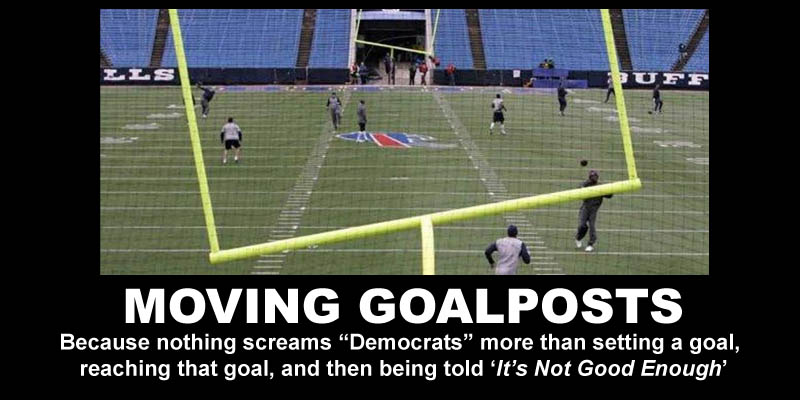 I’m listening to some of the reactions last night.

Another moment was when Trump demanded that Biden list one…just one law enforcement agency that backed him. In response, Biden told Trump to get off his lawn and Wallace attempted to interrupt but, try as he might, even he couldn’t defuse that one.

But the moment that sent chills up my spine last night was when Biden refused to answer whether he would pack the court. This was a horrific moment, not only because he vomited up a word salad that made everyone watching lose at least ten i.q. points. But suddenly, what had been a fringe strategy from media outliers and radical leftists was mainstreamed.

This moment alone is all the reasons conservatives need to come out in force. This may just have been the most clarifying moment of the 2020 election.

If the GOP does get Amy Coney Barrett on the court, it won’t mean anything because the Democrats will simply add more justices.

Think about that a moment. Five decades ago, the US Supreme Court removed the power to decide the most important issue in the country out of the hands of the people and secured it firmly in their own grasp. From that moment on, the Democrats figured out that they no longer had to legislate on divisive issues. They could simply punt to the Supreme Court. Look at gay marriage. The left lost just about every statewide referendum. So what did they do? They made an end run around the people. They took it to the high court which did what they do. The invented a right and overruled the people.

It took a while for conservatives to get hep to their game but we finally did. We focused our stratagems directly on the court.  So many people voted Republican for President simply to get the judicial nominees. I hate to break it to you but we weren’t all loving Mitt Romney and John McCain. We wanted the judges. That’s one thing (of many) the media gets wrong about Trump supporters. They think we’re a cult in love with can-do-no-wrong Trump. Far from it. So many of us look past his faults because he’s doing such a good job with judges. Trump is Trump. Sometimes I find him awesome. Other times I roll my eyes. This is not a cult like the other side had with Obama who was, we were told, a huge forward step in evolution. They truly believed he would transform the country with his soaring scripted rhetoric, roll back the rising tides with the power of his voice, and all that crazy stuff.

Us? We want judges.

Pro-life conservatives have worked tirelessly for decades to get enough justices on the court just to overturn Roe and put the issue back to the states where the people can have a say again. That’s all we’re seeking. We want a voice.

But last night, Joe Biden refused to answer the question over whether he’d pack the court. That means he will. He disavowed a great many things at Trump’s insistence including socialized medicine, defunding police, and even the Green New Deal. But he refused to say he wouldn’t pack the court. That’s telling. So, if Amy Coney Barrett is confirmed and  the Democrats win the White House and Senate, they will add at least two justices to the court to keep the court doing their bidding.

That would be the biggest “moving the goalposts” moment we’ve ever seen in our country.

They took the right of the people to have a voice and gave it to the Supreme Court and then after we worked for decades to regain a voice, they will silence us again.

For me, this is THE issue. The court. Last night I came away clearer thinking about this election than I was. The mask is off. Packing the court was no longer just a fringe theory from outliers. The Democrat presidential nominee refused to say he wouldn’t pack the court. If Joe Biden gets in, this will set the pro-life movement back decades. This moment should act as a clarion call to anyone who acknowledges the sanctity of life. We are close to having a voice again. A Biden victory would silence us for decades to come. How many more lives will be lost?

Many people came away from last night seeking to talk about who won or who lost. But for me, it’s not about that. Debates are about clarifying who these nominees are. If Joe Biden wins, more lives will be lost.  For me, that’s clarifying.

Matt Archbold is the author of the new pro-life novel “American Antigone.” Please purchase at Amazon.