The Goal is to Cancel the Bible 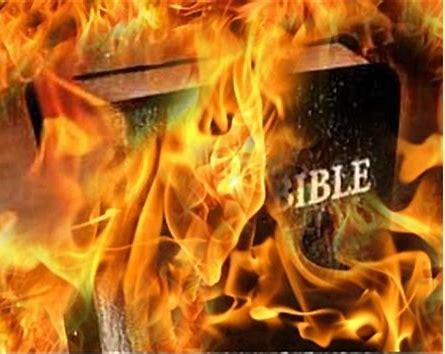 A Dad in Canada literally has police investigating him for urging his local Catholic school to not fly the gay pride flag.

He’s also a college professor whose job may now be in jeapordy.

Jody Maillet, a part-time university instructor, told the Toronto Catholic District School Board’s (TCDSB) March 4 meeting that he was “concerned” about a proposal to “recognize or celebrate gay pride month and fly the gay pride flag over our Toronto schools.”

“I oppose this, and I ask that you do as well,” said Maillet at the regular meeting of the “Student Achievement and Well-Being Catholic Education Human Resources” committee where Garry Tanuan is Chair and Teresa Lubinski is Vice-Chair.

“The reason why is simple: Because gay pride is not compatible with the Catholic faith. You have a spiritual and moral duty to ensure a compassionate, caring, and loving Catholic environment at our schools,” the father, who has two children attending a TCDSB school, said.

That’s just in Canada I’m sure that nothing like that could happen here, right? I kid. I kid.

We all know the woke mob won’t content itself with Dr. Suess or even Ryan Anderson. Those books are just warmups to cancelling the Bible. They don’t think they can yet but that’s the goal. That’s the white whale they’re manically focused on.

They’ll just continue cancelling Christians. They’ll say it’s just the radical ones or the dangerous ones. YOU don’t have to worry because YOU”RE not like those wackadoodles…until you start seeming a little wackadoodle to them. Then it’ll be your turn.