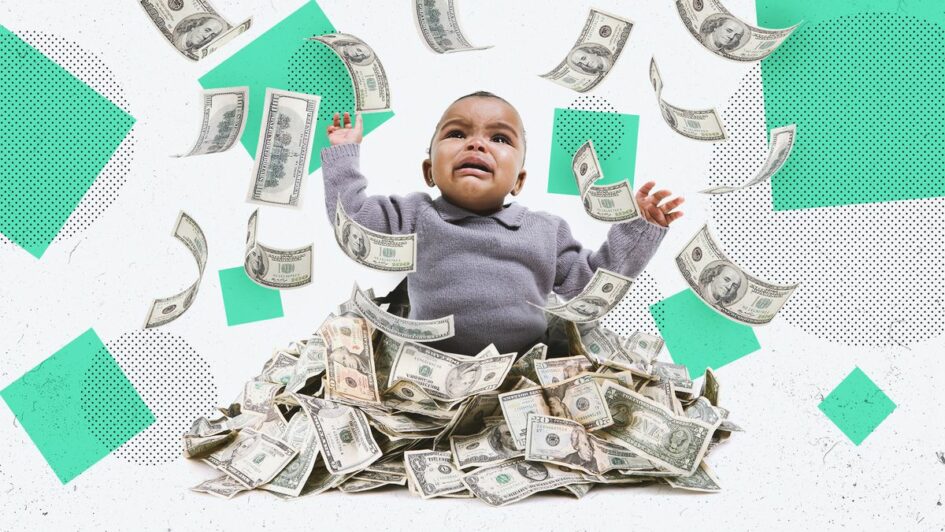 So much for keeping the government out of the bedroom, huh?

A writer for the right leaning American Greatness wrote a piece the appeared in the New York Times, urging more Republicans to come out in favor of the government paying people to have children.

Sooooo…paying people to have sex would kinda makes us all hookers, wouldn’t it?

And wouldn’t this actually lead to women giving birth without being married? Or will the government only offer the mad cash to married couples? Fat chance of that.

“…the debate about the nature and direction of the American right became much more concrete when the Biden administration included a child allowance as part of the Covid relief bill that just passed. While most of the attention was focused on the terms of the $1,400 stimulus payments and the proposed increase in the minimum wage, the child allowance is a major initiative that received comparatively little attention.

The Biden plan will pay families a cash benefit of up to $3,600 per year for each child under 6 years old and $3,000 per year for those aged 6 to 17. A version of this plan was proposed in 2017 by Senators Michael Bennet and Sherrod Brown as a stand-alone bill that never went anywhere. In the relief bill that passed the Senate over the weekend (and must now be passed again by the House), it is available only this year, but the authors of the proposal surely hope that once in place it will be made permanent.

Things got interesting for Republicans when Mitt Romney outbid the Biden administration’s proposal with his Family Security Act, which would provide an even larger child allowance, giving parents a $1,400 cash payment at birth followed by up to $4,200 per year for children under 6 and $3,000 for kids 6 to 17.

Republicans have long prided themselves on being the pro-family party. But what does that really mean? The debate over the child allowance makes that palpable. And it’s forcing Republicans to decide who they are. Will they be the party of capital gains tax cuts or of cash payments that make it more practical for parents to raise their own children? Is there a way for the party to embrace both?

Not that long ago, Republicans would have locked arms denouncing the Biden proposal. And to be fair, even Senators Mike Lee and Marco Rubio, whose pro-family bona fides might have made them at least open to these plans, quickly denounced the Romney plan as “welfare assistance,” explaining that “an essential part of being pro-family is being pro-work.”

But many Republicans aren’t quite so sure a child allowance is a bad idea. In fact, a growing number believe that government policy that directly supports children and family life is not just beneficial, but essential to the health, vitality and sustainability of the nation. That’s because supporting a family of four in the middle class has not been possible on a single median wage for a long time, which has meant that most families need two incomes or some other kind of support. As a result, many young people report both delaying having a family and having fewer children than they want.

Somewhere along the line, American conservatism came to define itself — at least in its actions — as primarily about money. Taxes and G.D.P. got policy support; families and communities got lip service. That’s changing, at least with the Republican rank-and-file. A recent poll shows 68 percent of Americans, including 60 percent of Republicans, support a child allowance like the ones put forward by Mr. Biden and Mr. Romney.

“Somewhere along the line, American conservatism came to define itself…as primarily about money?” Seriously? This from the man who wants to pay people to have babies. Hey, look what money has done for politics. Just imagine what it can do for families.

Buskirk complains that its very hard for a family of four to get by today with one person staying home. I agree. But part of the reason for that is the crazy high taxes we pay. More government programs will only make it worse. How about we leave the government out of the baby making business and just make babies because it’s really really fun to make babies.