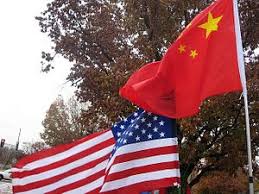 Why is it that we are quick to judge people in our own history from today’s more “enlightened” stance yet there is no outrage when President Biden deflects on modern slavery, forced labor, torture, and abuse as just being “different norms.”

So let me get this clear, “different norms” are no excuse for past actions but a legitimate excuse for present actions? Huh?

Perhaps it’s because it’s easy to stand up and criticize the long dead. It’s easy to rant about a statue. It’s easy to pose as a righteous scold against absolutely no one. But action is hard. It takes more than a slam on Twitter. It takes guts to actually change things when others are still alive and might push back. It might actually require sacrifice.

When your “sick tweet” just isn’t enough, that’s when your true commitment is revealed. And what has been revealed? That in the end, it’s not about any actual commitment to standards or morals. It’s just about defining your opponent. The opponent of the secular left is America. It’s not racism. It’s not oppression. It’s Christianity. It’s America.

Their silence in the face of concurrent horrors make this clear.