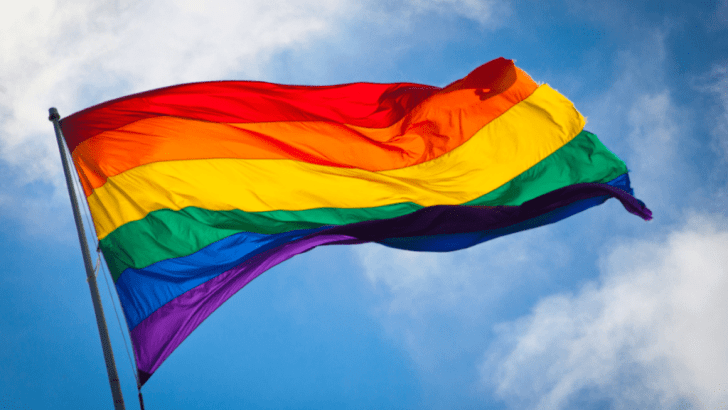 A Dublin parish has been forced to take down an LGBTQ (Lesbian, Gay, Bisexual, Transgender, Queer) Pride flag after an order from the archbishop of Dublin.

The flag was raised at Ballyfermot Assumption parish after a decision by the parish pastoral council. The aim was to make LGBTQ people feel welcome, and to send a message that “God loves them”, according to Fr Adrian Egan PP.

The archdiocese of Dublin told this paper that it is protocol that only the papal flag or the national flag are allowed to be flown on church grounds, and only on special occasions – such as the Sacrament of Confirmation.

In his homily on Sunday, Fr Egan said they were aware that June is a “significant month for gay people” and there were a lot of secular events taking place.

He said they were “conscious that there are gay men and women who live in our parish, and their families, and they have often told us how hurt they’ve been maybe, by the language that the Church has sometimes used in regard to them and how they sometimes feel there’s no place for them here and they feel excluded”.

He said they decided to put up the rainbow-coloured Pride flag, which represents the LGBTQ community, along with the Irish flag, in the hope of making them feel “remembered” and “welcomed”.

Fr Egan said there had been a varied response, with some positive, some “confused and dismayed” and other responses that were “hostile” and “condemnatory”, claiming they were “promoting an ideology that was anti-Catholic… a way of life that is sinful” along with other accusations – which he said has continued even after the flag was taken down last week, on Friday.

Fr Egan added: “I want to apologise to all those genuine people who were confused by our putting the flag up and were hurt or offended by it and I hope that in the engagement we had that maybe you understood what we were at, that some of your fears were allayed.

“I also need to apologise to those now who were hurt by the taking of the flag down because an awful lot of people were very moved by it.”

Here’s the thing. If you’re apologizing to both sides of an issue, you’re not really apologizing. You’re in damage control. That’s all. These folks knew what they were doing. Everything they say frames this issue as if the Church has something to be ashamed of for it’s teachings on sexuality when in fact, these cheerleaders of homosexual behavior don’t seem to care that men who are active in the homosexual lifestyle has shorter life spans and they have a higher risk of depression and suicide.

Furthermore, the national Youth Risk Behavior Survey (YRBS), conducted by the Centers for Disease Control and Prevention, found that 40 percent of high school students who identify as gay, lesbian, or bisexual or questioning (unsure of their orientation) have seriously considering suicide.

But this parish’s support wasn’t meant to make any self-identified LGBTQ youths feel better, it was done to make them feel better. It was a virtue signaling experiment. That’s all.