Give Us This Day Our Daily Lie 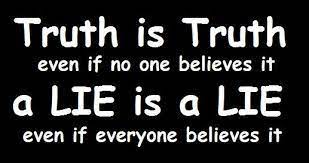 Yeah, Southwest Airlines is cancelling flights due to weather.
Yeah, Texas’ abortion bill is exactly like The Handmaid’s Tale.
Yeah, Covid was definitely NOT made in a lab.
Yeah, natural immunity doesn’t protect you from Covid.
Yeah, $3.5 TRILLION equals zero.
Yeah, there’s no such thing as voter fraud.

There are only so many pills we can swallow before we take a red one.

We are being lied to constantly. Our entire mainstream media, Big tech, and our government lies to us regularly. And there aren’t little lies. There are easily verifiable lies for those willing to put in a little extra work. The deep state and the media have formed an alliance and the goal of that alliance is to further their own power. You are being managed. You are being lied to. Instead of truth, you are being fed a narrative.

As Dennis Prager often says, “Truth is not a left wing value.” For leftists, there is no “truth.” Reality, for leftists, is what they say it is. You say you’re a woman, poof! You’re a woman. You say that the life in your womb is not human, ok, it’s not human.

We’re all familiar with Pilate’s infamous question of Jesus, “What is truth?”

Jesus is the way, the truth, and the life. Without Him, we are lost. Without Him we are in the dark.

Pray. Pray unceasingly. But also, call out the lies as lies loudly and insistently as you can. Yeah, you’ll sound like a nut at times. You’ll probably be banned on social media. But you either are committed to truth or you’re accepting the lies. Your silence is a necessary building block for the realization of their mad utopian vision. Don’t be silent. Be courageous. Thwart them.

Follow truth. Chase after it. That way is Christ.