Catholicism, Vatican II and Americanism All in One 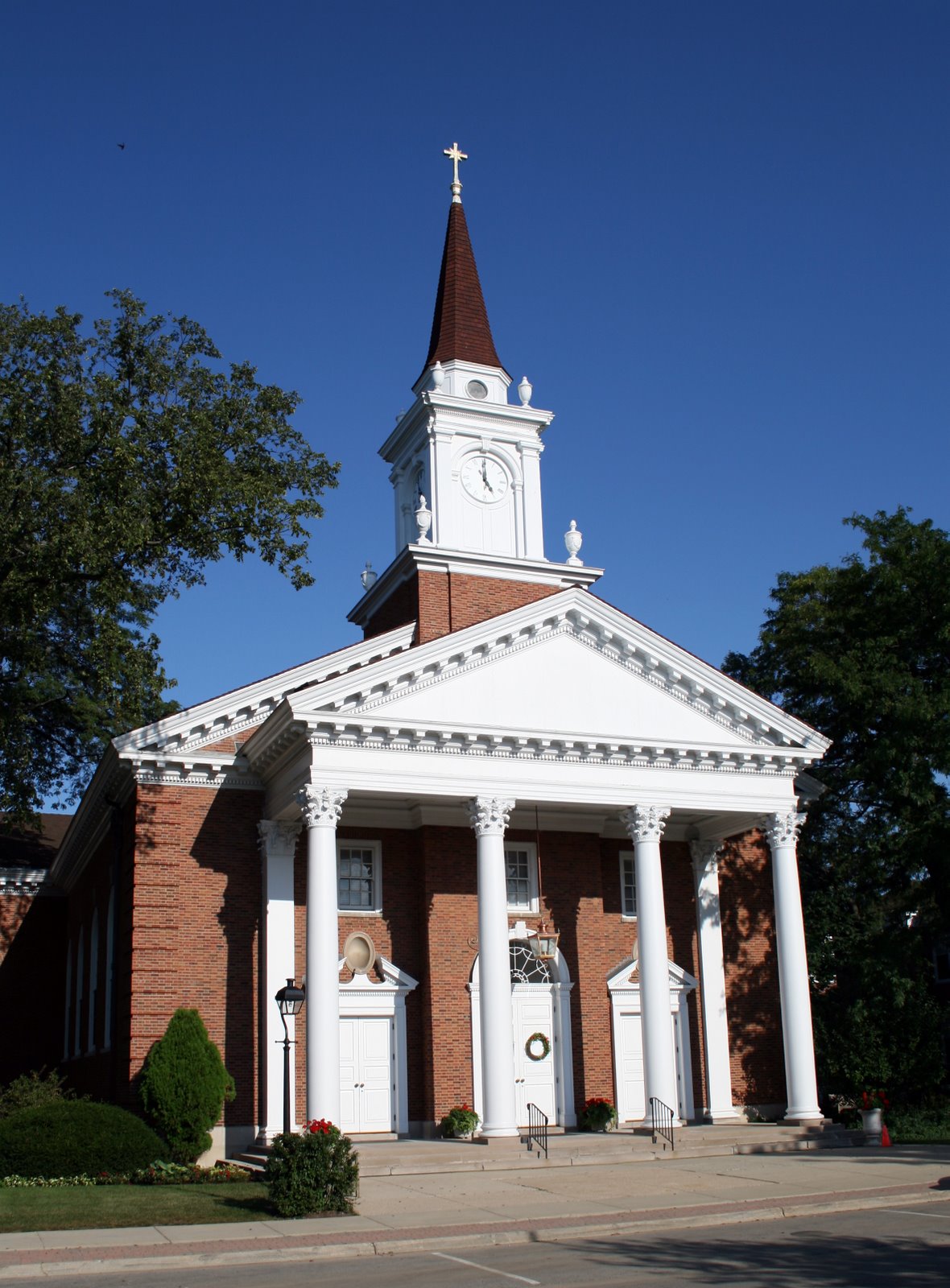 I had the good fortune to stop by Our Lady of Perpetual Help Church in the Chicago suburb of Glenview recently and saw a pretty remarkable thing: a Catholic church which used a colonial mode to “prove” that Catholic were Americans, well-designed traditional architecture, a cruciform plan with seating on four sides of the altar, a Blessed Sacrament chapel for private devotion which is nonetheless on the center axis and visible from the larger church, and a baldachino of sorts with a two-sided crucifix. All to a building dating to the late 50s by architects Barry and Kay, I believe. This building is proof that the “updates” of the Liturgical Movement and Vatican II did not require the “empty boxes” and industrial aesthetic of the 1970s.
The outside is surprisingly free of Catholic imagery, which would have been a particular preoccupation of the times. 60 years later its easy for us to forget the climate in which Catholics had to prove themselves as cultural equals, and where John F. Kennedy had to overcome suspicions that he was loyal to a foreign power like the Vatican. But one does see a very competent classical architecture in the colonial mode, with proper details and even some freedom within the tradition. The inside shows a lush sort of baroque-inspired Colonial architecture, with painted pews, light colors and clear glass as well as the closest thing to an Art Deco-Colonial “baldachino” that I’ve ever seen. It’s clear that the design was affected by the movement in the 30s and 40s to remove any obstacles to clear sight lines to the altar, while maintaining the primacy of the altar itself and the crucifix above it. Behind the altar is a daily Mass chapel where the Blessed Sacrament is reserved. This allowed for Mass to be offered versus populum or ad orientem while giving a noble place for reservation of the Blessed Sacrament. On Sundays, the chapel can be used for overflow seating because the very traditional wooden pews have a seat back which adjusts like a train seat and the baldachino has a corpus on both sides of the cross.
There are some who see this effort as Americanization and reserved Colonial Willamsburg-inspired “good taste” as something of a sell-out. But strangely, this sort of high-level design is currently so far above the standards of today’s church design that it looks remarkably traditional. Some more photo’s to enjoy: the rectory as a replica of George Washington’s home, Mt. Vernon, the narthex interior with portraits of important colonial Catholics, and other nice details. Enjoy.