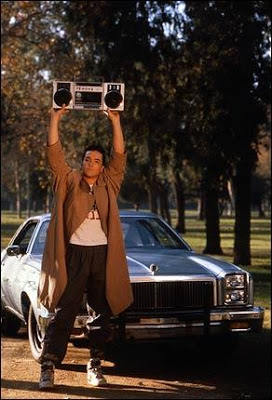 In the movie, Lloyd’s dream girl breaks up with him and as a consolation she hands him a pen. He famously says to his compatriots hanging out at the Gas & Sip on a Friday night: “I gave her my heart, she gave me a pen.”

Now, I don’t know if Sister Keehan hangs out at the Gas & Sip but she’s gotta be right there with poor ol’ Lloyd.

Sister Carol Keehan, President of the Catholic Health Association, has been awarded with one of the 21 pens used by President Barack Obama on Tuesday to sign the health care bill.

Next Sr. Carol’s going to show up in the Malibu, park it on the White House lawn, and hold her phonograph above her head playing Obama’s speeches back to him.

And she can complain to the 59 other nuns who supported Obamacare, “I gave up my soul, he gave me a pen.”