The Death Fetish in Hospitals 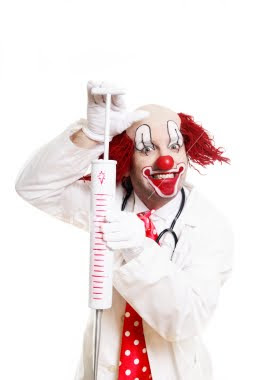 Anyone who’s had a loved one seriously ill in the hospital can tell you that if the medical community doesn’t see a good prognosis they will often do everything they can to hasten death.

When my father had a heart attack many years ago now the doctors and nurses at the Catholic hospital did everything they could to kill him. I’m not speaking hyperbolically. They continually gave him morphine every time we stepped out of the room despite our orders against doing so.

Doctors and nurses told us that we were “being cruel” by keeping him alive. By keeping him alive they meant not killing him with an overdose or worse yet having him fed. Seriously. And that was a Catholic hospital.

We ended up having one of us constantly stay in his hospital room to ensure that nobody tried to kill him. So this story came as no shock to me:

A high proportion of deaths classed as euthanasia in Belgium involved patients who did not ask for their lives to be ended, a study found.

More than 100 nurses admitted to researchers that they had taken part in ‘terminations without request or consent’.

Although euthanasia is legal in Belgium, it is governed by strict rules which state it should be carried out only by a doctor and with the patient’s permission. The disturbing revelation – which shows that nurses regularly go well beyond their legal role – raises fears that were assisted suicides allowed in Britain, they could never be properly regulated.

Van Helsing of Right Wing News said succinctly: “The legal term for this is murder.”

I believe this kind of thing will only get worse under state run healthcare but it’s already pretty terrible now. But the issue goes beyond socialism. The crux of the issue is the belief that individuals don’t matter. The only thing that can turn this around is a return to Christian morality which upholds the dignity of life. Many in the medical community seem to have forgotten that life is sacred, not something to be placed against other issues in a cost/benefit analysis.

Mind you that after we got my father out of that hospital he lived for five more years, most of which were in excellent health. It seems a shame that when we bring our loved ones to a supposed place of healing we often have to fight for their lives.