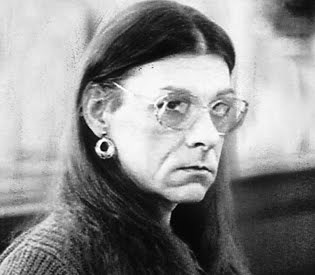 A transsexual convicted killer is suing the Department of Correction to have taxpayers pay for a new round of electrolysis and a sex-change operation. Thankfully the response from officials so far has been something like “Uhhhm…NO.”

Kosilek, 61, formerly of Mansfield, was born male but is living and dressing as a woman while on hormones at the all-male MCI-Norfolk state prison, where he is serving life for the 1990 strangulation of his 36-year-old wife Cheryl Kosilek….

Kosilek, who has been waiting 10 years for Wolf’s decision on his sex-change suit and who claims in court filings he has attempted both suicide and self-castration in his despair, “has informed the court that in her view the record is closed and she’s ready for a decision,” Cohen said.

So they’re seriously using the “awww, you’re going to make him cry” defense as reason for the taxpayers to pay for electrolysis for a convicted killer?

Thankfully, the state doesn’t seem to be willing to pony up and so far just told the dude to shave more. I’m sure some lunatic judge will eventually give in at some point.

Thing is, if he hadn’t killed his wife and was still free, maybe Obamacare would’ve paid for it.