Patrick Has Left the 70’s 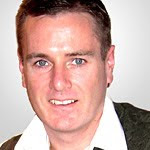 For the past year Pat’s picture at the Register has made him look a bit…1970’s. Seriously, he looked like Larry from Three’s Company and David Soul’s love child.

CMR friend Amy Giglio even emailed Pat to take that horrid picture down. She was kind but in order to make her point she said, “the bouncers at Studio 54 would never have let him in with that outfit on. Is that a green velvet jacket?”

So Patrick knew he had to get a new picture that wasn’t so…mockable. But he didn’t want to respond right away because it would seem he did it because people made fun of him. So he waited. CMR’s wardrobe consultants staged an intervention but Pat simply ran out screaming, “You’re not the boss of me.”

But now Pat has finally got a new picture. But don’t think it had anything to do with you guys making fun of him. It didn’t. He just decided he needed a new picture. All on his own.

I kinda’ expected a bit more gradual change. Maybe in an effort to get out of the 70’s he’d go all 80’s for a while with an Izod with the collar up like James Spader in Pretty in Pink while humming a Spandau Ballet tune. But no. Pat went right to a kind of “I’m a newspaper columnist take me seriously” look. Kudos to Pat.
Update: Pat says with this pic he “bring a da’ sexy.”

(We may need another intervention.)