Giftmas is the New Civil Union 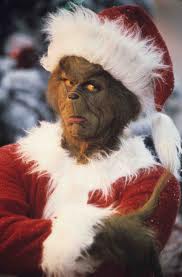 Let’s just stop all the games and instead of the war on Christmas let’s just establish an alternate holiday for them all to celebrate. We’ll call it Giftmas. I’ve seen that word mentioned a few times. In fact, if you Google it, there’s about 270,000 entries for “Giftmas.”

I could see some saying that in order to keep Christmas pure we’ll establish Giftmas.

It’ll look a lot like Christmas. They’ll be a tree and they can play all the songs we know and love like “Jingle Bells” and that Dan Fogelberg one where he gets his drink on in the car with an old flame that has somehow been misconstrued as a Christmas song. But it won’t be Christmas. It’ll just be Giftmas.

And you can say “Merry Giftmas” to anyone and everyone without fear of offending them by getting all your Jesus all over them.

And this isn’t just me. It seems the Governor of Rhode Island is on board.

Rhode Island’s governor is defending his decision to call the 17-foot blue spruce recently erected in the Statehouse a “holiday” tree rather than a “Christmas” tree.

Gov. Lincoln Chafee says the term “holiday” tree is in keeping with Rhode Island’s founding as a haven for religious tolerance where government and religion were kept separate.

Of course, this isn’t a good idea but this kind of thinking is what gets us into trouble.

The reason we wouldn’t be on board for this is that Giftmas would harm Christmas, the same way that accepting the idea of civil unions harmed marriage. Remember when folks got on board with civil unions a few years back because it didn’t have the word “marriage.” But once folks accepted that, the next destination was full on acceptance of gay marriage. It’s a short trip from there.

Here’s the thing -the two can’t co-exist. The one harms the other. There’s no doubt about that. Just as civil unions hurt marriage, Giftmas harms Christmas.

It’s the secularizing of the sacred, the hollowing out of the holy that leaves only vacant facades.

And the more we allow Jesus to be forgotten in Christmas, we allow Giftmas to become a glittering and celebrated facade.