CMR’s 8 Signs of the Apocalypse 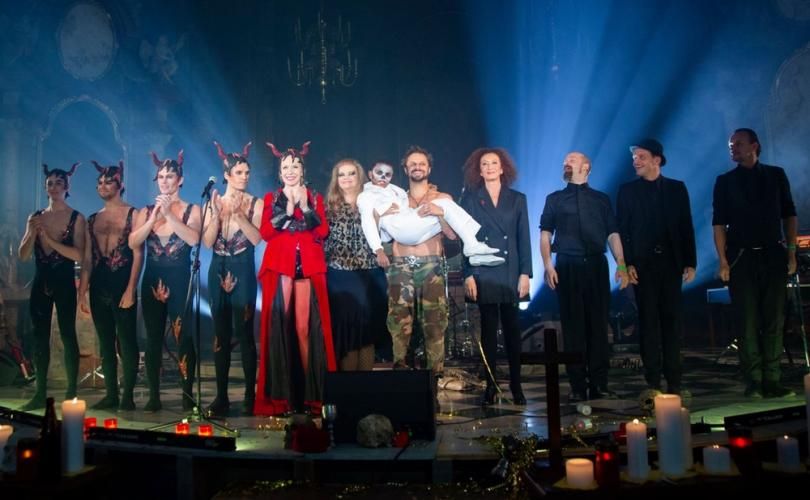 8. Who could’ve possibly seen this coming…oh to heck with it.

I’ll admit that the thing that shocked me more than anything was that a church in Europe still had an altar rail.

A children’s author and PhD wrote an editorial expressing her dismay that Santa was white, saying “Racism in our celebration of the Christmas holiday needs to end in the USA and in other countries.” This editorial has the i.q. of a urine sample mixed with the lyrics of a Katy Perry song. To be clear, she probably not only hates actual white people but imaginary white people too.

1. Make Santa’s skin the colors of the rainbow,
2. Stop lying to kids about Santa being real and do away with him,
3. Be inclusive and respectful of an African-American Santa, a Hispanic Santa, an Asian Santa, a Native American Santa, a multiracial Santa, an African Santa or a Santa Claus of any color, race, ethnicity, culture. White families can still visit their white Santa at the mall; however they need to zip their lips when families of other skin colors choose to visit with their Santa of color.

You have to be a PhD to be this stupid. And let’s be honest, if anyone is going to inadvertently kick off the apocalypse it’ll probably be a PhD (or a German cardinal.)

This kind of hypocrisy must bring heavenly comeuppance

LEGOS as we all know are an abomination. I don’t know why God put 97 percent of human’s pain receptors in our feet but LEGOs have declared all out war on human feet. But now, they’re posing as good guys who care about the environment by declaring:

We haven’t seen this kind of hypocrisy since Bill Cosby said those girls just looked like they needed a little rest.

Let’s just assume that plastic is the problem. LEGO banning plastic straws is like building a fortress out of your enemies skulls and then complaining that Hallmark Christmas movies are too violent.

Yeah, this happened. But not only did this happen, it went viral. Like some people saw this and said yeah, I feel closer to Christ because this preacher ziplined into the service. Having services not centered on Jesus is like “The Conners” without Roseanne. The main character is missing.

Bartholomew Orr of Brown Baptist Church in Southaven said a professional company came in and installed the equipment before he made his attention-grabbing entrance at Sunday’s service for a sermon about how Jesus Christ is expected to make a surprise entrance to the world.

Yeah, this was about Jesus.

The NY Times reported recently that cockroaches are being turned into zombified slaves by wasps. Ha. I think I remember Bernie Sanders warning us about wasps enslaving the zombified masses but I may have not been listening carefully.

When some unlucky American cockroaches encounter the emerald jewel wasp, the wasp delivers a paralyzing sting to the roach’s body. Then, with surgeon-like precision, it injects a mind-altering cocktail into the roach’s brain. The roach, now a zombie slave, is forced to cater to the wasp’s every whim. But the wasp has only one desire: to reproduce.

Like a handler leading a horse, the wasp grabs hold of the roach’s antenna and steers it into a hole. There, it lays an egg on the roach that eventually hatches into a hungry larva that chows down on the cockroach. When the baby matures, it bursts from the roach’s chest ready to continue the gruesome ritual.

A crew in a helicopter was literally counting caribou in British Columbia (how do you get that job? I mean, do they have someone come after you to check your work?) But the crew spotted recently made an opening to a massive cave that had never been seen before and which might be the largest cave in the country.

The cave’s mouth gapes 328 feet across and extends at least 443 feet straight down. To understand the scale of this gaping maw, think Joy Behar.

A biologist with the helicopter crew that spotted the sizable opening dubbed it “Sarlacc’s Pit,” after the lair that housed the predatory sarlacc in the “Star Wars” movie “Return of the Jedi,” according to the CBC.

In case you don’t remember the Sarlacc.

The cave, according to Live Science, “looks like a giant bite taken out of a hillside.” So I say, we just pretend we didn’t see nothing. We go about our business and keep counting caribou. I guess what could be emerging all lubricated in icky substances from that cave could be worse than a Sarlacc, it could be…

1. The Weekly Standard is going under and Bill Kristol is going to be out of a job.