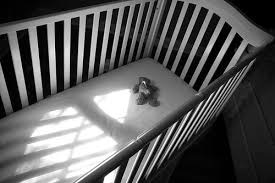 What’s the opposite of a baby boom? B Birth Dearth?

The number of children born in the United States has hit its lowest level in 35 years, according to new federal data, as demographers worry that a baby bust that emerged after the Great Recession is becoming permanent.

The Centers for Disease Control and Prevention (CDC) said in a report Wednesday that 3.7 million children were born in the U.S. last year, down 1 percent from 2018 and the lowest total number of births since 1985.

Since the recession, the birth rate has risen year-over-year only once, in 2014. Now, demographers tracking the declining birth rate say the trend is beginning to look like a longer-term pattern.

“The fact that births and fertility continued to decline in 2019 despite the booming economy suggests that this is a permanent shift to a lower fertility regime in the U.S.,” said Cheryl Russell, a demographer and contributing editor to the journal American Demographics.

This is the kind of one of those consequences of widespread birth control, abortion, hollowing out the meaning of marriage, and a mass exodus from Christianity.

Some are predicting that we may see a baby boom in nine months. I suspect we may see a baby blip but in the long run only a massive return to Christianity will help. But in this country which has closed down churches while keeping Planned Parenthood open, this seems unlikely. But let’s be clear, Christianity specializes in the unlikely. We call them miracles. We could sure use one right now.