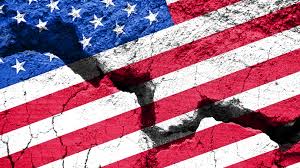 The media and the pollsters keep telling us Joe Biden is waaaaaaaay ahead in the polls. They point to the polls and say they don’t believe in the myth of the “shy Trump voter.”

Well, I hate to break it to you but I’m one. And don’t get me wrong. I’m not shy. I share my faith and I talk politics. Just not with you, the media, Big Tech, or the pollsters. I no longer trust any of you.

I’m not paranoid. You have shown yourself to despise me in every way possible.

A man was recently shot in the face for supporting Trump and the media ignored it. Christians are killed all around the globe just for being Christians and it’s ignored by politicians and bureaucrats. In my own personal experience, an ad for my pro-life book “American Antigone” was banned by Big Tech. I’m still not even sure why. People with blue checkmarks next to their name threaten us and call us “literally Nazis” and nothing happens. But we get shadowbanned for believing that all life is sacred.

I don’t even believe the election is fair anymore. I’m 100% positive the other side is cheating by adding millions of votes and tossing ours. It’s not even a question to me or most people I know.

We have lost faith in our institutions. It’s our fault. We ceded too much ground. Secularist progressives established dominance in the new media, the entertainment industry, academia, and the deep state. And then you weaponized these against us.

So if my phone rings and it’s someone from Washington DC. or New York asking me about who I support, I’ll take a pass. Eat silence. I’ll let my voice be heard on Election Day.