The Good News is that We Now Know Our Enemies 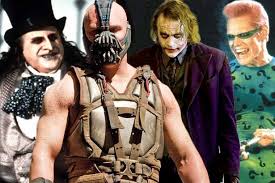 The good news about 2020 is that at least are out in the open now. They’ve all outed themselves. The masks are off.

And now we know that it’s just the Democrats, most Republicans in power, Big Tech, the deep state, the intelligence community, mainstream media, much of the hierarchy of the Catholic Church, most of your mainline Christian denominations, virtually all the news outlets, the entertainment community, CCP, Antifa, Wall Street billionaires, George Soros, and Planned Parenthood who oppose us.
OK. Where do we start?
Step 1) Pray like never before.
Step 2) Vote Trump.
Sure, it’s a rogues gallery from Hell but I truly do believe this helps. For so long, so many good people labored under the delusion that those who opposed us were people of good will who simply disagreed with us on some fundamental issues. That can no longer be argued.
They do not like us. In fact, they hate us.
They seek to silence us, shun us, re-educate us. Or worse.
This is good news.
Fr. Richard Heilman posted on FB that “God is answering your prayers. He is exposing evil.”
Agreed.
In my opinion, that has been one of the great benefits of Trump’s 2016 victory. I think he was even surprised at the depth of evil he was facing. But now he knows. If he gets in again, I suspect his second term will be much stronger. Now, it’s clear who opposes us.
This will be a massive undertaking which will challenge all who are willing to stand up or kneel down in defense of faith, love, and life. God help us all.