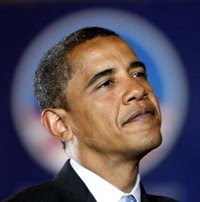 I read the latest quotes from Nevada Senate candidate Sharon Angle and cringed, I think party because I’m used to cringing every time Angle speaks.

And yesterday I read on Weasel Zippers that she said this:

Nevada U.S. Senate candidate Sharron Angle sees her campaign as a battle to stop Democrats in Washington who want to expand entitlement programs and “make government our God.”

In an interview with a Christian radio network, Angle describes her effort to oust Majority Leader Harry Reid as a religious calling in “a war of ideology, it’s a war of thoughts and of faith.”

And I cringed because I’ve worked on political campaigns as a press guy. And us p.r. people hate comments like this because whatever message we were trying to get across that day was just swallowed up by an unplanned comment by our candidate who never ever listens to advice.

Now, I’ve also worked as a political reporter and we luuuuuuuv when candidates say things like this. As journalists we love it because our story for the day just got written. And we know it’s going to be big news. No more page 43. I’m writing A1 material now baby.

So my internal p.r. man was cringing at what Angle said but when I thought about what she actually said I couldn’t help but agree with her. Secularist progressives are attempting to make government our God. That’s what all BIG GOVERNMENT types do. That’s what the Soviet Union did, that’s what China did. Come to think of it, it’s not even a controversial statement. We’ve seen just in the last election, ample evidence of the deification of BIG GOVERNMENT candidates. Remember all the pics the media promulgated like this:
Sharon Angle and Sarah Palin are honest uncoached politicians. I may cringe sometimes when they speak or I may agree completely, sometimes both at the same time. What becomes of them says a lot about where we are as a country.

The two of them may become bellwethers or cautionary tales. They are rare in that they are honest. They don’t take to scripting. This is both refreshing and dangerous because if people are looking for honesty from their political leaders like they say they are, Sharon Angle and Sarah Palin are in your face with unscripted honesty. But if Sharon Angle becomes a cautionary tale this November about how saying what you actually think causes electoral damage we will simply get decades more of scripted statements and teleprompter reading Presidents.