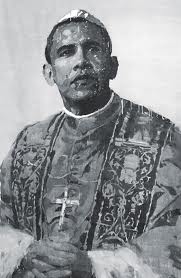 In China there’s the state approved Church and the underground Church. We look at that with our Western eyes and we wonder how such a thing could be.

But here in America, it seems to me we’ve just got our own twist on things. We don’t have a state approved Church but we sure do have state approved morality.

Over the last few years we’ve seen regulations from the state forcing pharmacists to disepense emergency contraceptives, we’ve seen directives from the Department of Health and Human Services forcing health insurance plans to cover surgical sterilization, birth control, and prescriptions that induce early-term abortions. We’ve had laws forcing pro-life crisis pregnancy centers to advertize what they don’t provide in abortions. (As if the only “choice” was abortion.) We’ve had Catholic agencies forced out child welfare services. We’ve had funds removed from Catholic organizations helping victims of the sex trade.

We’ve seen cases in Europe where parents were disallowed from caring for children because they believed in traditional marriage.

Religion is seen by this administration and many utopian minded secularists as something that happens in a church or synagogue. But outside of those walls only state approved morality matters. While many Christians in China have to hide going to Church on Sunday, we’ll soon be forced to hide every other day of the week.

Let’s face it, when we start getting our morality dictated to us by Washington D.C., nothing good follows. If we’re not careful, we’ll start thinking about our political leaders as religious leaders.