Nominee for the Anti-Catholic Award for 2009! 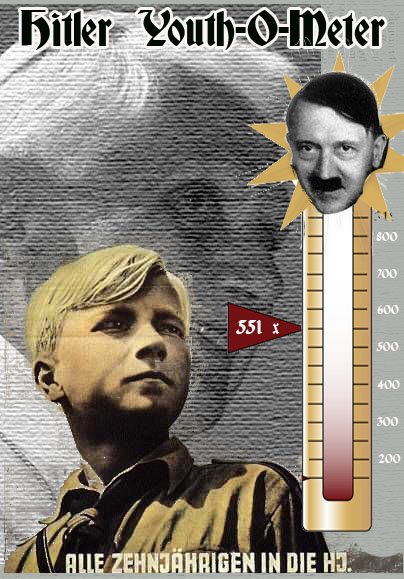 We here at the CMR Institute know anti-Catholicism. In our traveling around the blogosphere seeking out stories for you ungrateful louts we see it far more often than we should.

Now, I knew that Pope Benedict’s visit to Israel would create massive media mischief, outrage among condom aficionados, bile from homosexual activists, anger from pro-aborts, insults from liberal elected officials, and an almost involuntary spewing of hatred from anti-Catholics raising random charges of Hitler Youth, the Inquisition all while conjuring Dan Brown-ish images of the Vatican.

But I never expected all of it in one fell swoop. CMR must give mad mad props to one man who delivered it all. This is a masterpiece of anti-Catholic mania that covers all the categories at once. Ready? Openly gay former journalist and current Knesset member Nitzan Horowitz attacked the Pope in print today for the Church’s stand on condoms, homosexuality and abortion and raised the spectre of Hitler and the Inquisition and took a shot at the Vatican in one little column.

Cue the evil sounding music while you read this out loud. It’ll really help with the whole ambience thing.

Joseph Ratzinger, also known as Pope Benedict XVI, bears the responsibility for the suffering of numerous people. The influential guest who will be arriving in Israel shortly is among the most conservative Church figures. The message he brings with him, as a supreme religious leader who according to Catholic tradition cannot be wrong, is not one of compassion, understanding, or tolerance.

In fact, this pope brings a wholly different message: One of indifference, strictness, and religious radicalism.

The days of his youth were grim: He joined the Hitler Youth in Nazi Germany at the age of 14 a short while after membership in the movement became mandatory. Two years later he was recruited to an anti-aircraft unit that protected a BMW plant manufacturing plane engines. The plant also employed forced labor from the Dachau concentration camp.

Ratzinger claims that he never took part in a battle. He was sent to Hungary, where he laid tank traps and saw Jews being sent to extermination camps. He defected from the Nazi army in April 1944 and for several weeks stayed at an American detention camp. Ratzinger and his brother claim they could not resist the Nazis.

After the war he embarked on religious studies and started formulating his strict views on issues of “morality and faith.” Ever since then he managed to exercise far-reaching influence on the Church. For many years, even before he was selected to lead the Church, Cardinal Ratzinger held the powerful post Prefect of the Congregation for the Doctrine of the Faith, formerly known as the Holy Office, the historical Inquisition. In that role, and as pope at this time, he further toughened the decrees spread by the Vatican and its branches worldwide.

His strict attitude earned him various nicknames with a clear common denominator: The Enforcer, Panzerkardinal, and even God’s Rottweiler.

The pope is in the fact the person who currently leads the global resistance to abortions and prevents women from exercising their right for their bodies. For example, he forbids priests from mentioning the possibility of abortion to pregnant teens who turn to them in great despair. This is so even in cases of pregnancy as result of rape or incest.

The pope also leads the objection to the marriage of priests, fights against any recognition of homosexual partnership, and in fact gives his blessing to the discrimination against lesbians and gays.

Under his leadership, the Vatican is a fortress of darkness: According to his worldview, the Church must not adapt itself to the spirit of our times, and it must not bend in the face of “individualism.” The faithful must obey and suffer. And they are indeed suffering.

Of all the injustices committed by the pope, the gravest is his objection to the distribution of contraceptives in the Third World. It is difficult to estimate the number of miserable men and women in Africa, Asia, and South America who contracted AIDS and other diseases as direct result of this backward attitude, but we are talking about great masses.

So as you can see he’s actually really really mad at Pope Benedict XVI for believing what the Church believes. This isn’t anti-Pope Benedict, this is anti-Catholicism undisguised. And guess what, this is only Part One. We get another part tomorrow. But what insults could he have left out? I can’t imagine much but I’m giddy with excitement. I haven’t been this excited for a sequel since Saw 6 was announced to be coming straight to DVD.

Remember to check out the Hitler Youth-O-Meter. It’s going even better than expected. It’s currently at 551 mentions of “Hitler Youth” in mainstream media about Pope Benedict XVI.