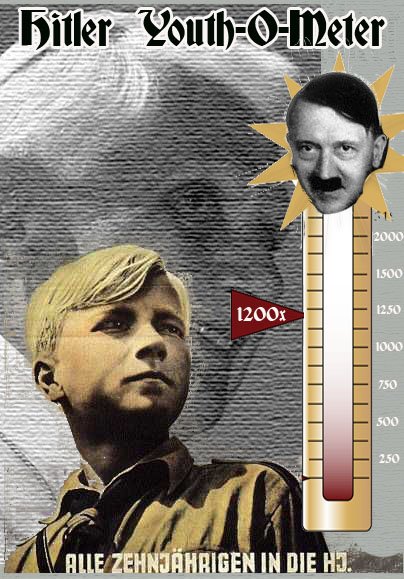 So Wanda Sykes wishes kidney failure and death on conservative Rush Limbaugh and President Obama guffaws. And that was this weekend. You’d think that would be a pretty big news story, right? As of 4 p.m. that’s got less than 800 mentions in the media.

But the same media is currently up to over 1,200 references to Hitler Youth in describing Pope Benedict XVI. And that was over 60 years ago. And it was mandatory.

That’s some impressive anti-Popistry. Even for the media.

And there’s no way I couldn’t mention the Times Online which just invented a clever new way to mention “Hitler Youth” and Pope Benedict in the same sentence. Ready? The Times Online is very concerned with the Pope’s safety in Israel.

In Israel Benedict XVI’s German nationality, his service in Hitler’s army, his support for the proposed beatification of Pius XII – known in Israel as the “Nazi pope” – and his decision to revoke the excommunication of Richard Williamson, the British bishop and Holocaust denier, have all sparked anger. The Pope was forced to apologise for mishandling the Williamson affair.

You’ve got to admit this was a new clever way to get it into the story. It’s because they care.

I must say that the media has surprised even me with how shameless they are in attempting to attack Pope Benedict XVI. We originally had the “Hitler Youth-o-Meter topped out at 600 but we blew the top off and we had to clean up all the pieces and create a new and improved version with the pieces and some fencing wire I stole from my neighbors yard. We’re currently up to 1,200 “Hitler Youth” references.