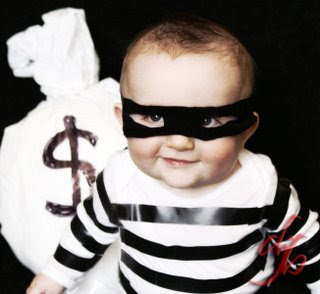 Are babies stealing? According to news reports the Anglican Church thinks so. I’m not sure I understand how babies are stealing. I mean, they can’t even drive the getaway car.

But the General Synod of the Anglican Church, according to news reports, issued a warning that current rates of population growth are “unsustainable and potentially out of step with church doctrine – including the eighth commandment “thou shall not steal.'”

So having babies is like stealing? Huh? So where does that put God who kinda’ told us to “Go forth and multiply.”

SMH reported that “The Anglican Church wants Australians to have fewer children and has urged the federal government to scrap the baby bonus and cut immigration levels.”

If this is true the Anglican Church has gone mad. Do they not realize that Western civilization is more likely to disappear rather than overpopulate the world?

So Anglicans should be yelling at people (like me) to stop having babies because it’s a sin?

Well thank goodness I’m not an Anglican or my wife and I, along with our five children, would be in confession. A lot.

Exit question: If the Anglican priests are so worried about people marrying and having children why do they allow their priests to marry and have kids?